If you’ve ever had an encounter with a fire ant, it’s an experience you’re not likely to forget. While they are reddish in color, the real fire they bring comes from their painful stings, as anyone who has accidentally stepped in a fire ant hill can attest. In fact, the only thing worse than their stings is the difficulty involved in trying to eliminate them.

In this blog, we’ll take a look at fire ants, the potential threat they pose, and why professional pest control is always the way to go if they become a presence around your yard. 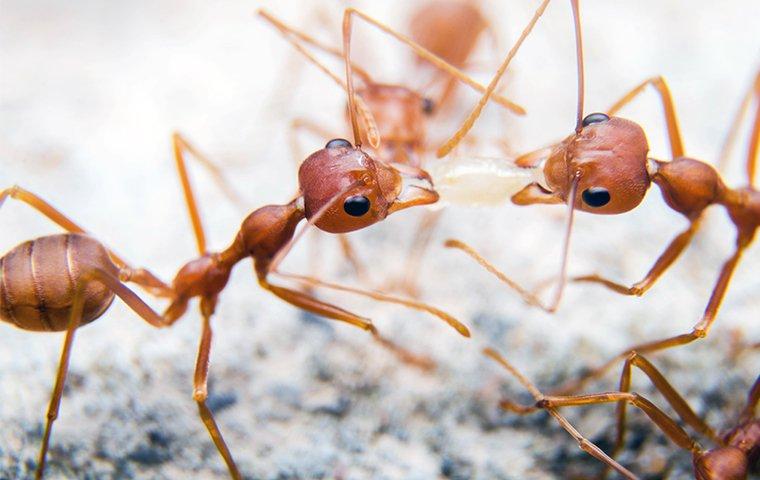 What Are Fire Ants?

Fire ants are an invasive species of ant found in the southern U.S. Reddish-brown in color, these ants vary in size from about an eighth of an inch to just over half an inch in length. Like all ants, they have segmented bodies, a pair of elbowed antennae, and six legs.

Fire ants live in massive, well-structured colonies made up of three castes: a queen (or several queens), workers, and reproductive ants. Queens can lay up to 1,000 eggs each day and typically live up to seven years. Workers have much shorter life spans, usually only living several months, depending on the climate and temperature. Reproductive ants consist of males and females: male reproductives die soon after mating while female reproductives mature to become queens of their own colonies.

What Makes Fire Ants So Dangerous?

The most obvious problem caused by fire ants is the painful stings they deliver. While almost all species of ants are known to bite, fire ants are unique in that they don’t use their bite as their primary method of attack; instead, they bite down on their victims to hold them in place before piercing them with the venomous stinger on their abdomens.

Since they can sting their victims multiple times in quick succession, encountering even a single fire ant can be a terrible experience. However, accidentally stepping on a fire ant mound is a recipe for disaster. When a fire ant mound is disturbed, worker ants swarm out of the nest to attack the disturber, and being stung by dozens or even hundreds of fire ants at once is an experience that is always extremely painful and can even be fatal. If you are allergic to insect stings, you could have a severe reaction that could be fatal.

Although stings are the most dangerous aspect of having a fire ant infestation on your Denham Springs property, they’re not the only problem fire ants bring to the table. They also have a notable affinity for getting into homes through the electrical wiring; if they chew on this wiring, it can cause electrical problems in the building and even become a fire hazard. Fire ants are also known to reduce native populations of beneficial wildlife, resulting in a negative impact on both the natural ecosystem and the agricultural sector.

Why Are Fire Ants So Hard To Get Rid Of?

Fire ants are difficult to get rid of for a number of reasons. The first reason is due to the extremely large colonies they create. One ant hill’s population can grow into the thousands after just a few months, and an average-sized fire ant colony ranges from 100,000 to 500,000 members. Trying to eliminate a colony that size is no easy task, but it’s also important to remember that one yard could have several colonies in it, compounding the difficulty considerably.

Next, fire ant colonies aggressively defend their nests. If a mound is disturbed, they’ll rush to attack whoever is disturbing it, which is usually a good deterrent. This aggression makes it risky for homeowners attempting to eliminate them using DIY methods, leading to incomplete treatments that don’t actually resolve the issue.

Furthermore, even if one mound is disturbed or destroyed, fire ants are experts at dispersing and recolonizing. The visible fire ant mound on the lawn is just the tip of the iceberg when it comes to the colony’s nest. Underground, the nest extends both vertically and horizontally. Not only can fire ants easily hide out underground, they can also reorganize into new colonies, making the problem worse than before.

Many people try DIY methods of fire ant control, including sprays, all-natural treatments, and baits, but they rarely if ever work. Most DIY treatments either have no effect on the fire ants, send them into hiding, or just make them mad. Fire ants can dig all the way down to the water table, allowing them to have a water source while they wait out everything from overzealous property owners to extended dry spells. Before you know it, they’re back in action and all of your efforts were for nothing.

The danger fire ants bring to yards they infest, combined with how difficult it is to get rid of them, make professional treatment a necessity. That’s why, if you’ve discovered a fire ant mound on your Denham Springs property, you should call the pros at W.O.L.F. Pest Control right away.

Complete the form below to schedule your no obligation inspection. 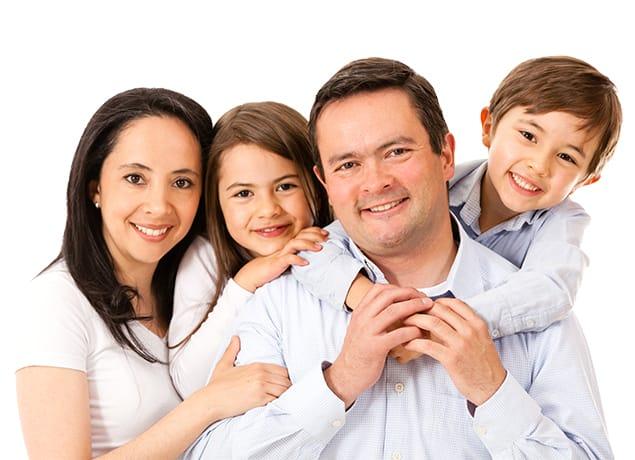 To get started with our professional pest control services, reach out to W.O.L.F. Pest Control today! 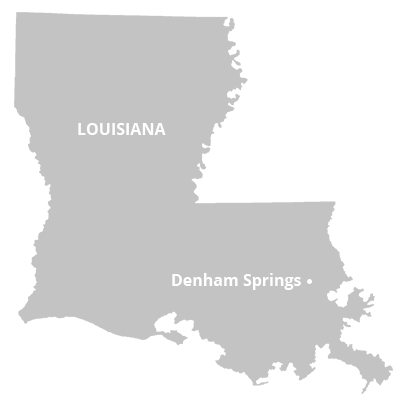